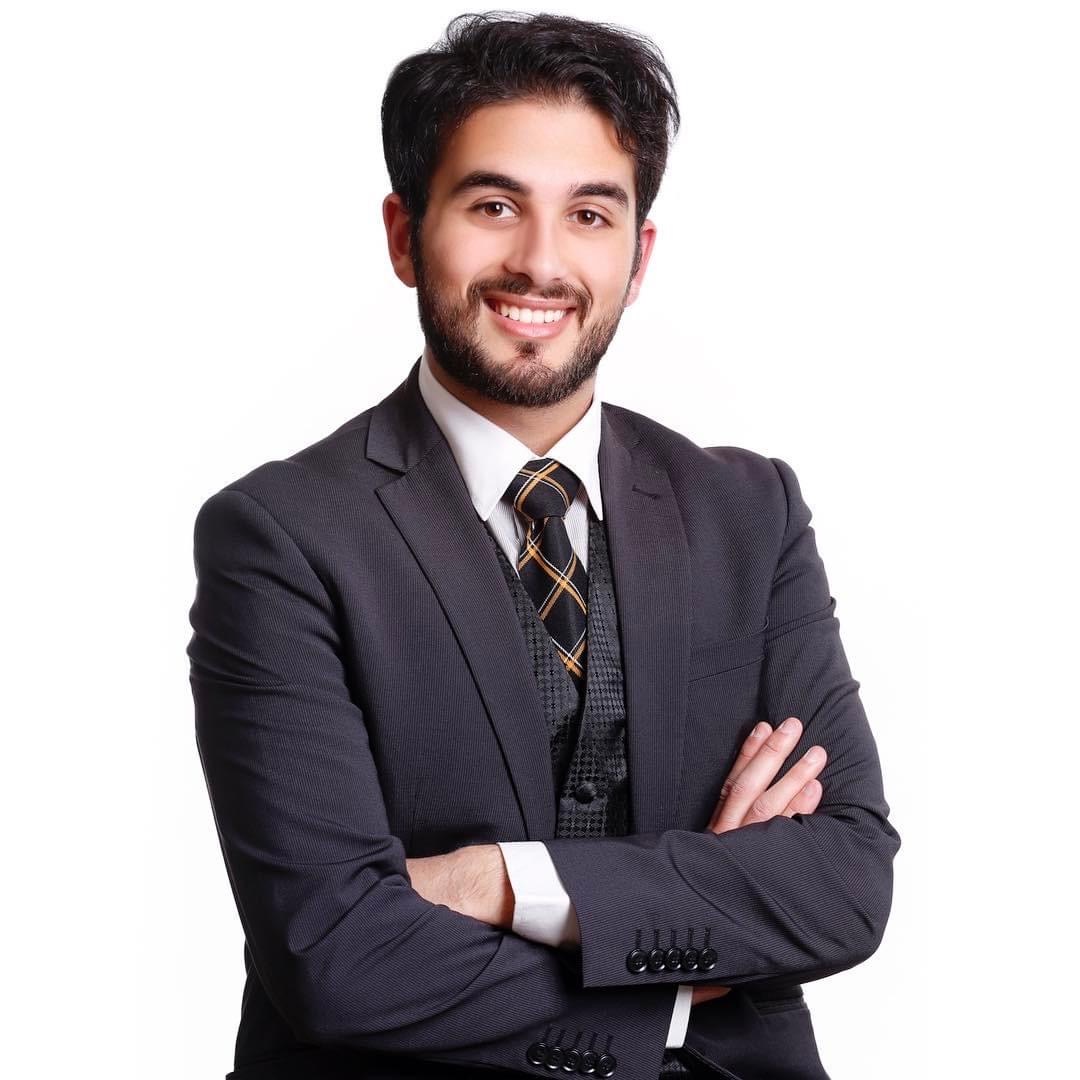 Mohammed is an experienced research analyst by practice, with an extensive experience in program management, MEL, project design and implementation, and team management. He holds a Master of Arts degree in Middle East Studies – Conflict and Conflict Resolution from the Elliott School of International Affairs – George Washington University. Mohammed presented a research on women and youth inclusion in decision making in Jordan at the George Washington Research Days event in early 2019, which received high recognition from the Office of Engagement and the Global Women’s Institute

Mohammed also specializes in youth development, focusing on expanding political and socioeconomic opportunities for youth in the MENA region. Throughout his academic and professional experience, he explored the development pathway; reconciliation; diplomacy, and peace, as he studied the underlying cases of conflicts through multiple level of analyses using various schools of thought. Mohammed worked on a number of research projects on drivers of conflict, whether social conflicts, civil wars, civil violence, and violent extremism in the Middle East and North Africa.

Part of his past experience including working with UNDP RBAS Regional Hub in Amman, Jordan in reviewing the National Youth Strategies for Jordan, Palestine, and Kuwait. His work contributed to a UNESCO published synthesis report, which included reviews of these three countries in addition to Lebanon and Morocco. He also worked with the implementation team on the project for implementing the National Youth Strategy of Jordan. Mohammed also holds a bachelor’s in International Studies from Washington College. In his thesis, he focused on the importance of youth participation in countering radicalization, and especially in developing resiliency amongst youth. 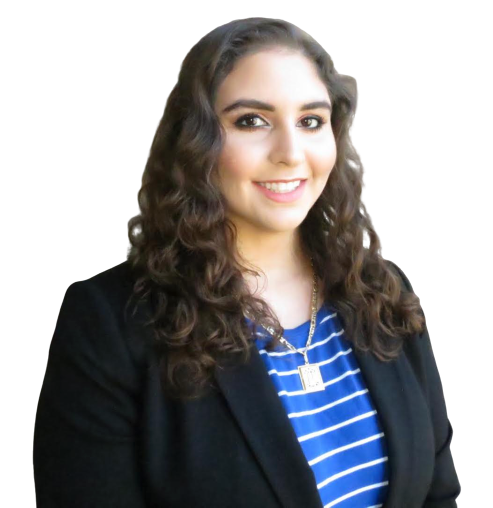 Iman Elbanna is a graduate student at the George Washington University’s Elliott School of International Affairs, pursuing a Master of Arts in Middle East Studies. Her focus is on conflict, conflict resolution and governance issues across the region, particularly in the Levant. She previously obtained a Bachelor of Arts in International Relations and Global Studies from the University of Texas at Austin in December 2014, with a minor in Middle East Studies and specialization in International Security. During her time at UT, Iman conducted a capstone project on the Arab League and its effectiveness as a regional organization. She also studied abroad in Istanbul, Turkey in the summer of 2014 where she took courses on politics in the region.

Currently, Iman works as the Manager for Intelligence and Analysis at Emergent Risk International (ERI), a Dallas-based private sector intelligence firm. She was one of the company’s first employees and has worked there for nearly five years where she researches and analyzes political, security and economic issues in the Middle East and North Africa for multinational companies. During her time at ERI, she has developed strong open-source research, writing and project management skills, while designing multiple intelligence products and overseeing a team of analysts and interns.

Iman is MENAACTION’s Vice President and Director of Operations. She coordinates between teams and facilitates the operations of the organization.

With a variety of experience in international multilateral organizations such as the United Nation’s Food and Agriculture Organization and World Food Program, the International Developmental Law Organization and the US Department of State, Chris has over three years of research and policy analysis experience. He has also held positions in academic institutions, local government administrations and NGOs, exposing him to a multitude of research topics and professional fields. He received his bachelor’s degree in political science with a focus on counterterrorism form Akron University and is currently in his first year of George Washington University’s Middle East Studies Master’s program, specializing in International Affairs and Development. Chris also speaks Arabic and Spanish at a conversational level. 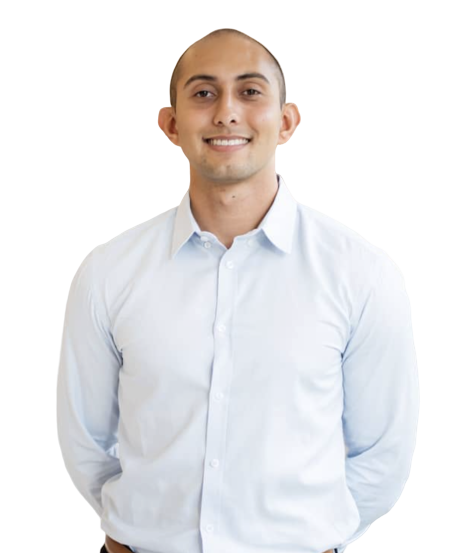 Prior to starting his master’s studies, Saumaun Heiat was a Program Support Officer with the International Organization for Migration (IOM) in Bangladesh in 2017, working with Rohingya Muslim refugees in Cox’s Bazaar and families in Dhaka displaced from coastal areas in Bangladesh through a collaboration with Climate Refugee Stories. Saumaun currently works at both Save the Children US and Project Concern International as a Humanitarian Response Fellow with an emphasis on the contexts of Yemen, Ethiopia, South Sudan, and Bangladesh.

Saumaun brings vast experience in monitoring and evaluation, research, field response and relief, and project planning, implementation, and coordination, with emphasis on measuring social impact. With his background and fluency in multiple languages, Saumaun offers alternative views and rich insights into our work.

Saumaun has also written two published pieces on the issues of the Iran Nuclear Deal and climate migration within Iran. Additionally, he was selected to be in the USIP-George Washington University Mentorship Program for 2019-2020. With Saumaun’s background in humanitarian aid and development work, he hopes to continue supporting marginalized communities through gathering their narratives and making their voices heard. Aziz Sbeih holds a master’s degree from King’s College London in National Security Studies. His focus is on security, particularly on counterterrorism, Western foreign policy in the Middle East, countering organized crime, and human security along with development. Aziz previously obtained his Bachelor of Arts from Washington College in International Studies and Economics. Aziz brings advanced skills in policy analysis, particularly when it comes to analyzing the implications of certain policies on youth in the MENA region.

Aziz has worked with numerous globally recognized organizations for research purposes, including NATO’s Allied Rapid Reaction Corps for his master’s dissertation as well as Oxford Analytica for Daily Brief publications. Aziz developed a strong open-source experience through his work in the security and investigations sector in London and has a strong political background due to his previous professional engagements with both the UK and Jordanian Parliaments.

Aziz also brings a vast background in political and economic development, focusing on the Middle East and North Africa in particular, as his academic and professional engagements have enriched his knowledge on the different means through which development opportunities can be enhanced to encompass the younger generation in the region. 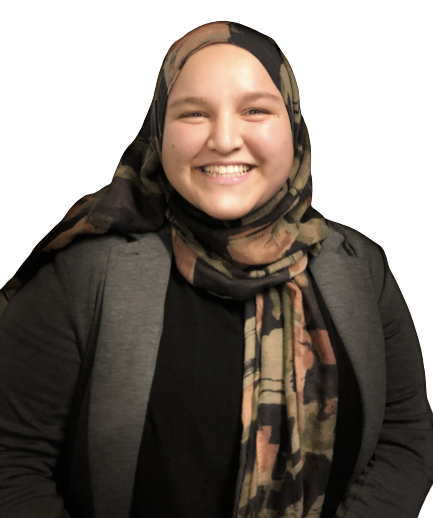 Maryam Alhassani is a recent graduate from the George Washington University with a Bachelor of Arts degree in Peace Studies and Conflict Resolution and with a minor in Journalism and Mass Communication. Throughout her academic and professional experience, Maryam focused on human rights development in the MENA region, with a special focus on Iraq.

Her experiences include working at the Washington Institute for Near East Policy as well as NDI. During her work at the Washington Institute, Maryam assisted the Iraq team as a research intern, looking into militia activities, human rights development, protest movements, and election monitoring. Through her experience at NDI, Maryam has developed a better understanding of political parties and overall political, security, and economic developments in the country. As an Iraqi raised in both the US and Iraq, Maryam seeks to improve the situation in the country and help build foundations that will strengthen the country and the overall region.

Maryam brings to MENAACTION a great background in political and economic development, particularly in situations where conflicts have exacerbated the overall conditions for youth. With Maryam as part of our team, we add more skills, experience, and drive to advance our mission for improving the conditions of youth of the MENA region.

Nour AlMortada holds a Bachelor of Art degree in International Affairs with an emphasis on Middle Eastern Studies. Her focus is on policy and social development across the MENA region. During her bachelor’s degree, Nour grew her expertise in non-governmental work, mainly focusing on marginalized and oppressed groups within her country, Lebanon. Nour spent the entirety of her senior year studying the geopolitical and socio-economic dynamics and patterns in the region.

With skills in managing and supporting non-governmental organizations, and having worked closely with oppressed communities, Nour has become focused on creating a non-bias source of information in a region filled with discrepancies. Nour has worked with organizations such as Mentor Arabia, targeting youth and refugees across the region, as well as This Is Lebanon, an organization aiming at abolishing the Kafala system. She is also a featured writer or the Phoenix Daily. Being born in Beirut, Lebanon, and having experienced all there is to the turbulent country, her experience and first-hand knowledge of the workings of the region are an asset in her field.