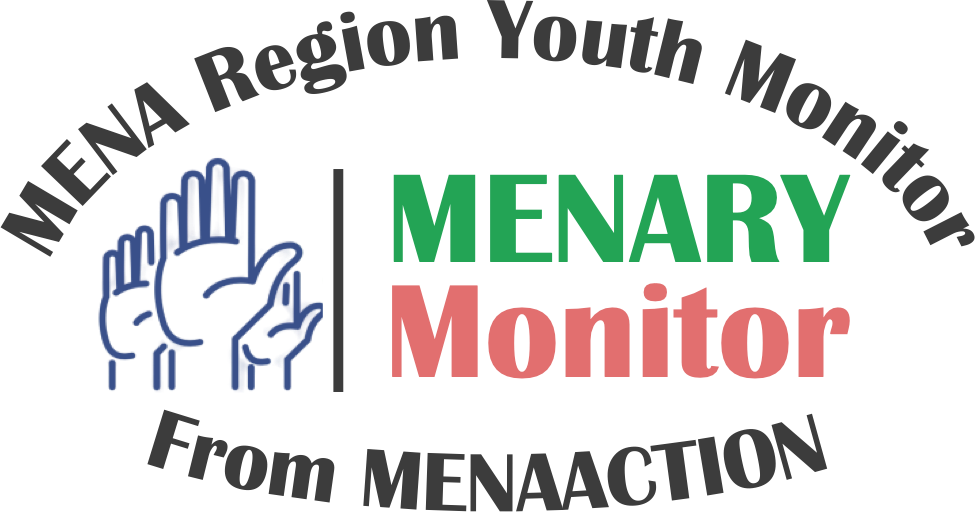 * Qatar will soon reveal a National Youth Policy, making it the seventh Middle Eastern nation to have one. The draft for this policy has been in the making for 1.5-years, with a survey involving 5,000 people to figure out which topics to focused on. The policy focused on seven main areas, including training, business, health and environment, among others. The aim of the policy is to integrate youth in the process of achieving development, as well as guide state officials in the orientation of young people. The policy draft is explained to be a common national vision that defines the needs and priorities of youth and provide equitable distribution of the necessary resources.

* The Kuwaiti academic delegation withdrew from the conference of the "Middle East Association for the Advancement of Colleges of Business Administration" due to the participation of the Israeli delegation. The Kuwaiti Youth Association for Al-Quds tweeted in regards to the event saying that this is the official Kuwaiti position towards the Zionist occupation.

* On March 3, at least 11 young people died due to a fire inside a shopping market in Damascus, Syria. These young Syrians had chosen to sleep at their workplace to save up on transportation costs, as the economic crisis in Syria worsens. Activists highlighted the tragedy saying “besides security guards, those who sleep at their workplace have no choice but to do that because of the terrible economic conditions we live in.”

* Morocco's High Commission for Planning (HCP) reported that the official unemployment rate for 2021 was 39.7%, a slight increase from 2020's 39.4%. The World Bank released its "Morocco Job Landscape" report which highlighted major structural issues burdening the development of the Moroccan labor market. One of those reasons was youth inclusion, as 29% of youth do not benefit from education, employment or training.

* The Saudi-based King Salman Humanitarian Aid and Relief Center (KSrelief) launched vocation training courses to support youth empowerment to improve livelihoods in Yemen. The project is set to train 1,250 young men and women in eight Yemeni governorates in several fields, such as mobile phone maintenance, photography and video editing, etc. The goal is support youth's entrance into the labor market and to launch their own projects.

* The United Nations Educational, Scientific and Cultural Organization in collaboration with the EU signed on a 20-million euro deal to increase support to Yemen's cultural sector, which aims at creating 8 thousand new job opportunities. This project will launch in June of this year and will last 4-years and will be applied in several Yemeni sectors. The reason for this is that cultural is a unifying factor for all Yemenis, regardless of differences, and by supporting it, they are one step closer to sustainable peace and development.

* The seventh annual Women for Success conference in Cairo, Alamein and Alexandria opened on February 26th. The US government in cooperation with Google announced the expansion of a skills training program for Egyptian women, youth and entrepreneurs. The program trained 500 Egyptians last year and teaches digital marketing skills. The goal is to help women and youth gain the digital skills needed to take their careers and businesses to the next level.

* Mondelez Egypt held practical and visual training for a group of youth in its company, to assist them in gaining necessary skills for the work field. This training allowed the trainees to learn from their trainers, and then apply what they had learned in different sectors of the company. It is held annually in parallel with Egypt's 2030 Vision which aims at developing and empowering youth in the labor market.

* Continuous clashes between Palestinians in Nablus and Jenin over attempted settlement buildings. Palestinians have burned down occupation forces tents near a military point in Jarzim mountain in occupied Nablus. As well, constant lashes in Sbeih mountain in the town of Beita with hundreds of injuries and 9 martyrs thus far.

* Occupation forces invaded Al-Qabatieh town and arrested four youth, three of whom had been arrested by them prior. They later arrested two more in the town of Barqeen, and a third a few hours later. The youngest of the arrested is a 16-year old from al-Khalil.  These arrests are used as intimidation tactics against Palestinians in attempt of expelling them from their homes., by arresting them and their kids.

* Center for the Defense of the Individual in Israel (HaMoked), an Israeli human rights organization, filed a complaint against Israeli forces use of nightly arrests of minors as a scare tactic. The organization demanded use of proper procedure through which minors are requested to come in with their parents.
This complaint came after new numbers showed that over 1000 Palestinian minor was arrested through the same method in 2021, 73 of them being below the age of 14.

* Arab students told their stories about seeking refuge in neighboring countries during the Ukraine-Russia war. Minister of Immigration and Egyptians Affairs Abroad stated that there are about 6 thousand Egyptians in Ukraine, 3 thousand of whom are students. Facebook groups were created in attempt of linking Arabs seeking refuge with those willing of giving refuge, such as "Ehna Sandak" and "Egyptians in Ukraine". Volunteers in nearby countries, such as Germany and Romania, are organizing buses and shelter for those approaching the border and assisting them with their border passing.

* Arab youth studying in Ukraine have relayed stories on how they were not allowed to board trains to seek refuge during the current war. Multiple stories of Arabs, Indians and Africans being met with aggressive and violent treatment from police and security officials. At first they were told that only women and children were boarding, but then Ukrainian men and pets were let aboard.

* Kingdom of Saudi Arabia places a young Saudi who was arrested as a minor on death row. Abdullah el-Howaiti was 14 years old when he was sentenced to execution in 3 years’ time for armed robbery and murder. The verdict was overturned in 2020, and he was sentenced again. HRW and Reprieve US have stated that el-Howaiti and five other's confessions were extracted with torture or threats of torture.

* The Directorate of Youth and Sports in Kafr El-Sheikh Governorate organized training courses on preparing young leaders within the volunteer clubs. The training course included a variety of topics, including introducing young people to volunteering, its importance and its various forms, and the role of volunteers within youth centers in spreading the culture of volunteering, while opening the door to interaction among young people about the concept of volunteer leadership and how to choose effective leaders.

* The independent committee for elections at Middle East University chose to enact the "Ana Usharek" program. The program looks to enhance youth participation in decision making and to provide them with negotiation skills, communication mechanisms, and time management methods to ensure academic and intellectual efficiency. This is to help them gain skills that they can also use outside of the academic setting.

* The Accounting division at King Talal college at Princess Sumaya University for Technology (PSUT) won the certified financial auditor competition held by CFA, Jordan Branch. Several Jordanian universities competed, but PSUT ended up winning the final, and is now set to compete in the preliminary finals which are allegedly set to be held in Dubai next month.

* The international Robotics competition ARC will be held in New Al-elmeen city. It is organized by the Academy of Scientific Research and Technology, in cooperation with the Innovation Complex in Borg El Arab represented by the Etisal Association, the Arab Academy for Science, Technology and Maritime Transport, the Egyptian-Japanese University of Science and Technology, and the International University of El Alamein. This competition features 74 teams and the aim is spread robot building technology to professionals in the middle east and North Africa.

* Egyptian President Abdelfatah el-Sisi stated that the government had announced programming scholarships equivalent to $30,000 per person. However, despite 300 thousand applicants, only 111 qualified for the scholarship. He stated that this showed the faults in the education system and how this could affect the country’s future.

* The first ever Middle East and North Africa Humanitarian Leadership Conference was held in Egypt this week. The point of the conference was to address the key humanitarian concerns in the region. The two-day conference, organized by the International Federation of Red Cross and Red Crescent Societies (IFRC) and the Egyptian Red Crescent Society (ERCS) discussed enhanced collaboration to alleviate human suffering and support those affected by climate change and related disasters, conflicts and health emergencies. An estimate of 70 million people are in need of humanitarian assistance, and young people in particular continue to pay the price of protracted crises and disasters. The region also has the highest youth unemployment rates, which only continue to get worse as a result of these crises. One goal the participants agreed upon was to empower youth as agents of change in changing leaders' mindset and advocating for change and addressing the climate and environmental crises.

* "Youth Love Egypt" organization organized a dialogue session on "The Road to the 27th Climate Summit" with the participation of environmental experts from different countries of the world. The session featured several topics, including climate change, and current environmental challenges, among others. The participating organizations announced the Alliance of Major Groups accredited to the United Nations Program until the 27th summit.

Donate to Support our Work